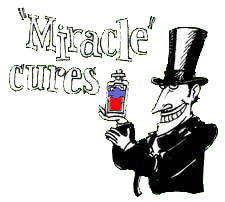 Many of us have heard the news that we should be eating more fish, but WHY?

Omega 3 Fatty Acids are the answer.

Fish oil contains these fatty acids that can be a beneficial medical treatment and not just a "snake oil" sold by smooth talking traveling salesman.

One of the benefits that most of us have heard of is how Omega-3 can help your heart health.

Omega 3 oils help to emulsify (break up) fats and plaques that build up in our arteries.

Blood pressure goes down when the body gets rid of the fats in the arteries.

Another way omega 3 fatty acids help is by improving the elasticity (the stretchiness) of the arterial walls and reducing the chances of hardening of the arteries.

And finally, Omega 3 oils react positively with your lipoproteins, they'll lower your total cholesterol, your LDLs (bad cholesterol) and your triglycerides while raising your HDLs (good cholesterol).

The American Heart Association also recommends eating fatty fish as least twice a week to help in the prevention of heart disease. For patients who already have heart trouble, it prescribes one gram of EPA and DHA a day from fatty fish or supplements.

A second benefit of fish oil is its possible affect on the brain. A growing body of research suggests that Omega-3 fatty acids in fish oil can help with and a wide range of psychiatric and neurological problems including bipolar disorder, schizophrenia, depression, ADHD (attention deficit hyperactivity disorder), Alzheimer's and even borderline personality disorder.

The brain is an astonishing 60 percent fat, and it needs omega 3 for optimal function. Studies suggest they help build cell membranes, boost levels of the brain chemical serotonin and increase the number of connections between neurons.

"It's like neuronal fertilizer," says Dr. Joseph Hibbeln, a psychiatrist at the National Institutes of Health. "Brain cells given omega-3 grow more synapses."

Many studies have been done that show that memory cells in the area of the brain called the hippocampus could communicate better when DHA levels were higher. Messages were also relayed faster.

Omega-3's may even be good for our bones.

Nutritionist Bruce Watkins at Purdue University has found that they stimulate bone-building cells in the periosteum, the membrane that covers the long bones. "It's the part that hurts when you bang your shin," says Watkins. "I call it the 'brain of the bone' because it contains a lot of nerve tissue and controls a lot of bone metabolism." Nourish it with Omega-3 fatty acid, he advises, because its bone building cells lay down the protein matrix on which calcium and other minerals are deposited.

Where can you find omega-3? 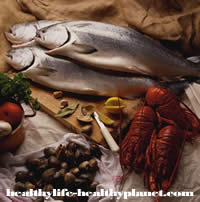 The long chain forms appear to have the greatest benefits, particularly for the brain.

While getting Omega 3 fatty acids and the EPA and DHA into your diet is very important for your health, one of the best food sources, FISH, can contain high levels of toxins. They can actually concentrate the toxins found in the water they live in by as much as 9 million times.

"Scientific research continues to point to the countless health benefits of consuming more omega-3 fatty acids in your diet and I highly recommend OmegaGuard, with pharmaceutical grade fish oil - a product you can trust - every day! " ~ Dr. McManus

Toxins like mercury and PCB's (polychlorinated biphenyls) are found in many water supplies and can cause health problems in your nervous system and with your hormones.

In fact, in an ironic twist, researchers from the University of Illinois found that high levels of PCB's in the blood gave rise to poor memory even though Omega 3 fatty acids and DHA have been linked to improved memory!

Beware of where you fish is coming from or if you avoid eating fish and take Omega 3 supplements to avoid this problem be sure the company producing the fish oil is getting it from a good source and treating it properly before they deliver it to you.

A good supplement will have all seven of the Omega 3 fatty acids including EPA and DHA. It will come from a non-contaminated source and should undergo a distillation process to insure the purity and potency of the supplement.

Finally a safe Omega-3 Supplement that contains a full spectrum of seven naturally occurring omega-3 fatty acids EPA, DHA, ALA, and more. It also contains higher levels of EPA and DHA than leading brands. DHA is critical for brain development and function.

Return from to HealthyLife Home Page

Enjoy the Benefits of a Safe Omega-3 Supplement