Neglected throughout history, Women's Health is now coming to the forefront

Women's health is an important topic that has been neglected in the past. Many of the studies done on disease and its prevention were focused on men.

Today, however, women's health is taking on a higher position in society and people are realizing that while women have many of the same diseases as men, their symptoms and treatments may not always be the same.

Women's health issues deserve as much attention as men since health care matters impact women differently than men. Plus, Women do represent fifty one percent of the population.

Women often suffer from diseases specific to their gender but they also are stricken with diseases previously thought to only affect men. The fact that many women juggle both work and the care of the home only increases their susceptibility to poor health if care is not taken.

Many diseases such as osteoporosis also occur in a much greater proportion of women than men. And of course some diseases or issues such as menopause occur in women alone. 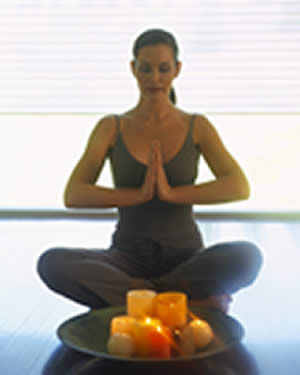 A number of illnesses that affect women's health can be genetic in nature but others occur due to the effects of poor habits such as smoking, drugs and alcohol, and obesity (or the effects of dieting to avoid it.)

Heart disease and stroke, two main cardiovascular diseases, are the first and third causes of death for women in the U.S. Despite many women's fear of breast cancer, heart disease is actually the No. 1 killer of women in the United States. In 2002, heart disease claimed the lives of 358,014 women, compared with 340,933 men. Women are more likely than men to die within a few weeks of a heart attack. Leading a healthy lifestyle can lower your risk of heart disease, whether you're male or female.

Cancer falls in as the second leading cause of death among women. Breast cancer is one of the most feared by women today. While family history and irregularities in the menstrual cycle at an early age are the main risk factors, others include excess weight, excessive alcohol consumption, a high fat diet, and vitamin A deficiency.

Millions of women already have or are at risk for osteoporosis. Osteoporosis means that your bones get weak, and you're more likely to break a bone. Peak bone mass, the maximum bone density and strength a person can attain, is lower for women than it is for men. This, in addition to the rapid bone loss that occurs with loss of estrogen at menopause, contributes to a greater risk of osteoporosis among women than among men. That's why 80 percent of people with osteoporosis are women.

By consuming foods rich in calcium and vitamin D and maintaining an active lifestyle, you'll be less likely to experience the effects of osteoporosis.

Baldness, while not being a killer of women, is still important and isn't just a guy thing. Women can experience hair loss, too. Gradual thinning of your hair is a normal part of aging. However, excessive hair loss from your scalp can be the result of heredity, poor nutrition, certain medications or underlying medical conditions such as thyroid dysfunction.

Women are special. They are the caretakers for us all but they often neglect themselves and their own health and wellness for the benefit of those around them or to live up to society's pressures.